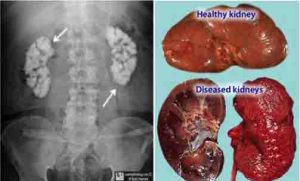 During the conversation I collected the following information –

That he used to drink milk daily around 300 ml till the age of 22 at the time of going to bed. Besides he used to consume curd as well.

After that he used to drink milk 3-4 times in a week till he was diagnosed with kidney failure.

He never used to exercise. No constipation problems. He weighed around 70 kg.

He did not smoke or take any liquor. He did not eat outside. Mostly (more than 90% home cooked food).

His average water was 3 to 4 litres during summers and 1.5 litres during winters. He used to drink 2 glasses of water during meals (lunch and dinner). This water also used to ice cold.

He used to drink ice cold water during summers.

The thing that stood out was –

He never used to take sweets or sugar since he was a child. Based on this I zeroed down on following propositions of my theory –

My suggestions to him were –

So according to me the feedback of 25.02.2017 indicated that his kidney failure will reverse in 2-3 days.

My suggestions for him in future –

Every 3rd day he should drink the water with 1/4 small spoon of salt in it. Till he develops a appetite for sugar and his body learns to handle sugar. I expect that in 2-3 days he will again start feeling lethargic and tired that will be indication that his body is not accepting sugar any more (sugar is in excess and causing inflammation in his body.

At that time his body needs to flush out all sugar metabolic waste with the help of salt.

This site uses Akismet to reduce spam. Learn how your comment data is processed.